She won the title of Eulo Queen for her habit of letting opal miners settle their debts with gemstones. After a brilliant and colourful career that made her one of the richest women in Australia, she fell in love with a handsome wastrel and died alone and bankrupt.

GRAY, ISABEL (1851?-1929), hotelier and storekeeper was the daughter of James Richardson, an army captain, and Priscilla Wright. On her first marriage certificate in April 1869 she was recorded as being born eighteen years before in England. When she married again in 1871 she claimed to have been born in Mauritius. Said to have been well educated in Switzerland, she was sent to Australia, probably in 1868. On 29 April 1869 at Warialda, New South Wales, Isabella Richardson married the 32-year-old Scots superintendent, James McIntosh. He died soon after. On 2 March 1871 at Roma, Queensland, Isabel McIntosh, widow and governess, married Richard William Robinson, station-manager of Spring Grove, Surat.

The Robinsons remained in south-west Queensland. By 1886 they were hotel-keepers at Eulo, on the Paroo River, an important staging post between Cunnamulla and Thargomindah and coach junction from Hungerford. Eulo was thus a gathering place for travellers and others. On 1 September 1889 Robinson acquired the freehold and hotel and billiard licences of the Royal Mail Hotel, Eulo. The Robinsons also conducted a store and butcher’s shop.

About this time the legend of the ‘Eulo Queen’ began. Although short, Isabel probably possessed some personal beauty with the physical sumptuousness so esteemed by contemporary males, and a complaisant husband enabled her to operate as a successful courtesan. Her bedroom was a scene of great activity. A stock of liquor there helped her to entertain groups of gentlemen with conversation and gambling. More intimate entertainment was available. Opals were the key to her heart; she was captivated by these fiery gems. She used them as currency and for adornment, including a fantastic girdle of alternate large opals and nautilus shells. Some say she styled herself ‘Queen of Eulo’, but others consider admirers conferred the title. The 1893 financial crisis and the 1896 failure of the Queensland National Bank reduced her wealth.

On 18 October 1902 Robinson died at Cunnamulla. On 31 October 1903 Isabel married, at Eulo, a 29-year-old Tasmanian, Herbert Victor Gray. The bride was about 53 but claimed she was 35. She recouped her fortunes and in 1913 went to Europe where she lived lavishly. On her return she quarrelled with Gray; he beat her, and was charged with assault, convicted and fined £25. Isabel paid the fine but thereafter she denied Gray her bed and board. He joined the Australian Imperial Force but died before going to France.

World War I ended with Eulo’s importance lost to railways and better roads, the opal industry in a deep recession and the young men away on war service, many never to return. The Eulo Queen’s remaining enterprises withered on the vine. By 1926 she was living in poverty at Eulo, the military pension as Gray’s widow her sole support. Later she was admitted to Willowburn Mental Hospital at Toowoomba and died there on 7 August 1929. Buried in Toowoomba cemetery, she left an estate of £30.

Isabel Gray could be hard in her business dealings but, if the mood moved her, kind to genuine cases of distress. Self-willed and self-indulgent she was, but the Eulo Queen will live as one of the characters of southwest Queensland history. 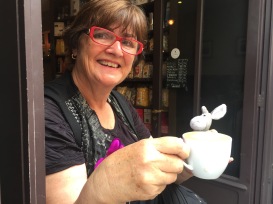 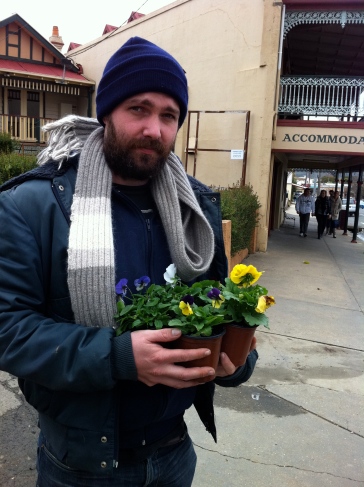 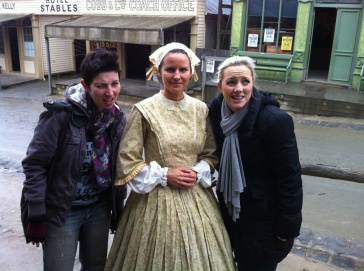